Two new articles from the FBI on homegrown terrorists

Private and Public Sector FBI Newark Partners - I am disseminating several articles today on Cyber Security and Homegrown Violent Extremists - several of the attachments are quite large, so I apologize in advance for the size of these emails in your inbox, but in the interest of information sharing and situational threat awareness, I wanted to ensure maximum distribution.

Newark FBI does not have information on specific threats to New Jersey but is disseminating these reports for situational awareness.

This is a Congressional Research Service 145-page report - I highly recommend anyone interested in or working in counterterrorism, force protection or corporate security download and read this report.

Executive Summary: The report describes homegrown violent jihadists and the plots and attacks that have occurred since 9/11. It discusses the radicalization process and the forces driving violent extremist activity. It analyzes post-9/11 domestic jihadist terrorist activity and describes law enforcement and intelligence efforts to combat terrorism and the challenges associated with those efforts. It also outlines actions underway to build trust and partnership between community groups and government agencies and the tensions that may occur between law enforcement and engagement activities. The report does not address terrorist activity against the United States conducted by foreigners, such as the airline bombing attempts by Farouk Abdulmutallab (Christmas Day 2009), the perpetrators of the Transatlantic Airliners plot (August 2006), or the “shoe bomber” Richard Reid (December 2001). Nor does the report address domestic terrorism attributed to violent extremists inspired by right-wing or left-wing ideologies and environmental, animal rights, or anti-abortion causes.

Specific plots and attacks are described throughout the report to support analytic findings. A full
description of each of the post-9/11 cases is provided in Appendix A of the report. The report
also offers policy considerations for Congress.

"This report describes homegrown violent jihadists and the plots and attacks that have occurred since 9/11. 'Homegrown' and 'domestic' are terms that describe terrorist activity or plots perpetrated within the United States or abroad by American citizens, legal permanent residents, or visitors radicalized largely within the United States. The term 'jihadist' describes radicalized individuals using Islam as an ideological and/or religious justification for their belief in the establishment of a global caliphate, or jurisdiction governed by a Muslim civil and religious leader known as a caliph. The term 'violent jihadist' characterizes jihadists who have made the jump to illegally supporting, plotting, or directly engaging in violent terrorist activity. The report also discusses the radicalization process and the forces driving violent extremist activity. It analyzes post-9/11 domestic jihadist terrorism and describes law enforcement and intelligence efforts to combat terrorism and the challenges associated with those efforts. It also outlines actions underway to build trust and partnership between community groups and government agencies and the tensions that may occur between law enforcement and engagement activities. One appendix provides details about each of the post-9/11 homegrown jihadist terrorist plots and attacks. A second appendix describes engagement and partnership activities by federal agencies with Muslim-American communities. Finally, the report offers policy considerations for Congress. There is an 'executive summary' at the beginning that summarizes the report's findings, observations, and policy considerations for Congress."

"More than 2.3 million Americans in the military have volunteered to go into harm's way overseas to combat terrorists since 9/11. But these heroes 'who shall have borne the battle,' as President Lincoln called war veterans, also have been in danger here at home -- where they should be safe and secure. The threat is real. The Department of Defense considers the U.S. Homeland the most dangerous place for a G.I. outside of foreign warzones -- and the top threat they face here is from violent Islamist extremists. […] A significant and growing number of military personnel, such as alleged Fort Hood mass murderer Army Maj. Nidal Malik Hasan, pose a serious danger to their brothers and sisters in arms who wear the same uniform. At least 33 threats, plots and strikes against U.S. military communities since 9/11 have been part of a surge of homegrown terrorism which Attorney General Eric Holder has said 'keeps me up at night.' After Al Qaeda leader Osama Bin Laden was killed May 1, the Department of Homeland Security, Federal Bureau of Investigation and Defense Intelligence Agency warned thousands of U.S. law enforcement and security agencies about possible retaliatory attacks by Al Qaeda, its allies or unaffiliated homegrown terrorists on our military. Weeks after the Pakistan raid, two radicalized U.S. citizens allegedly plotted to attack military personnel in Seattle. The Majority Staff of the House Committee on Homeland Security has been conducting an investigation, which finds that 70% of the plots against military targets occurred since mid-2009 -- including the two successful homeland attacks since 9/11." 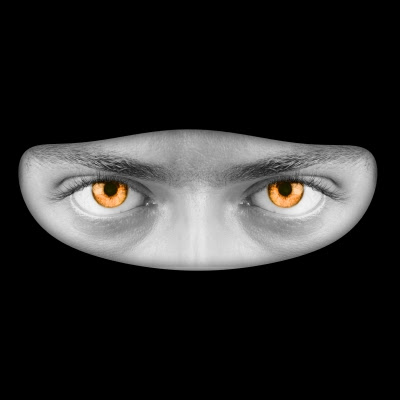